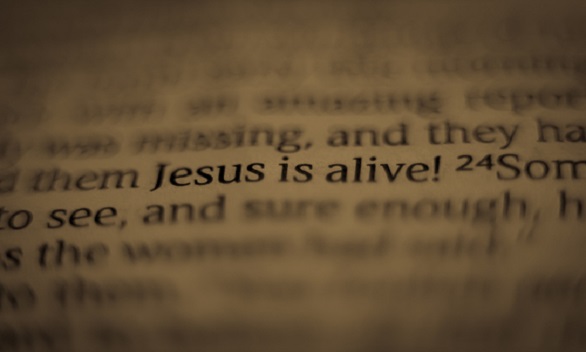 The Bible is God's Word, written by men who were inspired by the Holy Spirit. Scripture is inerrant, sufficient, and authoritative in all matters of faith. Jesus Christ is the focus and fulfillment of all Scripture.

God the Son became a man in the Person of Jesus Christ. Born of the virgin Mary by the Holy Spirit, Jesus is fully human and fully God. Jesus Christ lived a sinless life, died by crucifixion for our sins, was buried, and was raised bodily from the dead on the third day. After appearing to many, Jesus ascended into heaven and is seated at the right hand of the Father, where He intercedes for the redeemed. Jesus will return to judge the living and the dead.

Humanity was created in the image of God. The first humans, Adam and Eve, sinned by disobeying a clear command of God, thus introducing sin and death into the human condition and human experience. Since this original sin, every human being - except for Jesus Christ - is born in rebellion to God, and is a sinner by nature and by choice. God will judge everyone who has ever lived. Every human being - except for Jesus Christ - deserves to be found guilty of sin and condemned to hell.

No one seeks after God to be saved. Therefore, our salvation is entirely a work of God's grace. It is not our own doing. It is the gift of God. God initiates our salvation, giving us the faith we need to believe in the substitutionary death of Jesus Christ. God chose us for this salvation before the foundation of the world (this is called predestination). At the same time, we affirm that we make real decisions and exercise an autonomous will of our own.

All who place their faith in Jesus Christ are immediately placed by the Holy Spirit into the universal Church, which is ordered by God into local churches. Jesus Christ is the Head of the Church, exercising His authority by the active ministry of the Holy Spirit and the application of the Scriptures. As Head of the Church, Jesus established two ordinances: Believer's Baptism and the Lord's Supper. Neither ordinance is a means of salvation, but both symbolically testify to the Gospel. The core curriculum of the church includes: teaching the truth, sharing material resources within the church, enjoying meals with one another, praying and worshipping together, as well as local and global missions.

God created angels to serve and worship Him. Certain angels, under the leadership of Satan, rebelled against God but were defeated and cast out of heaven, becoming demons. God reigns sovereign over the devil and his demons and He has provided all the necessary tools and weapons for believers to stand against them. Every demon will be judged and condemned to hell at the Final Judgment.

We believe that Jesus Christ will return to reign as King forever. Every person who has ever lived will be bodily resurrected and judged. The unsaved will be found guilty and condemned to everlasting conscious punishment. The saved will live forever with God in a new heavens and a new earth in which righteousness dwells.