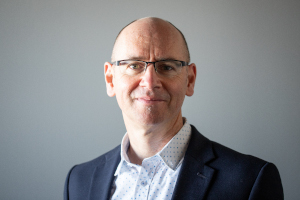 Jody has been in pastoral ministry for 32 years. In October 2020, Jody began to serve as the Lead Pastor of Southshore Bible Church, Barrie. Prior to this, he served for 10 years as the Associate Pastor of Worship and Leadership Development at Cornerstone Baptist Church, Orillia.

He is a graduate of the University of Ottawa (B.Ed.) and holds an MDiv, and a DMin in Christian Leadership from Gordon-Conwell Theological Seminary.

His greatest passion is to glorify God by knowing Him and making Him known. As the Lead Pastor of Southshore, Jody seeks to shepherd the flock through preaching, leading worship, prayer and making disciples.

Jody came to faith in Christ at the age of 15 and since 1988 has been married to Alexandra. Jody enjoys hiking, swimming, and playing his guitar. Jody and Alex have four grown children ages 21-27. 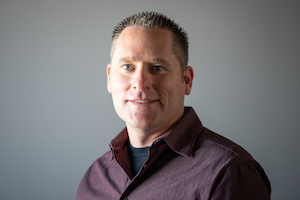 Blair has served as an elder at Southshore Bible Church since its inception in August 2012 and is currently the acting Chair for the Elder team. Over the years, Blair has led small groups, taught in Men’s Ministry and served in both Youth and Children’s Ministry.

He is committed to the Word of God and the local body, and excited to see how God will challenge and shape us more into His image as individuals and as a community.

Blair grew up in the local church and committed his life to Christ at the age of 17. He married Carolyn in 2002 and has been blessed with 5 children. Blair enjoys camping, most sports (or anything competitive), and making memories with his family. 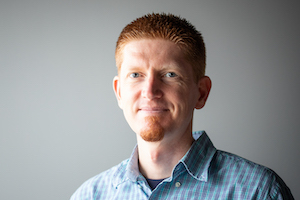 Duncan has been an elder at Southshore Bible Church since January 2020 and is currently also the steward of Missions. Prior to that, he and his wife, Trish, were the stewards of Children’s Ministry. He also serves on the worship team by helping to lead music.

Duncan has degrees in Systems Design Engineering (B.A.Sc.) and Teaching (B.Ed.). He is a high school science teacher in Innisfil, where he has worked for the past 13 years.

He loves to discover God’s attributes through the study of His Word and the physical universe, to praise and glorify him in song, and to lead others to do the same.

Duncan has been a follower of Christ since grade 11 and has been privileged to serve on a variety of short-term mission trips in Africa and Central America. He and his wife have 5 children. 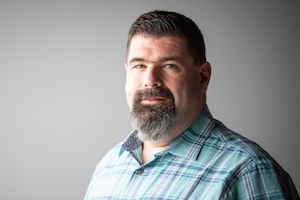 Glen has served in church leadership for over 25 years as both Deacon and Elder. He has served as an Elder at Southshore since its inception over 8 years ago in 2012 and was one of the original church planting families. He enjoys leading small group bible studies, practicing hospitality, worship and many other behind the scenes activities.

He is a graduate of George Brown College with a Diploma in Instrumentation Engineering. He has been working for Ontario Process Control Services Ltd. since 1995 where he is a co-owner with his parents.

Glen believes that there should be two doors that our children walk through and find something dramatically different than what they see in the world - the door of their home and the door of their church. As a result, Glen is committed to applying the truths of God’s Word in his marriage, parenting and in his relationships and service within the church.

Glen came to faith in Christ at the age of 17 and since 1995 has been married to Janet. Glen has 3 teenage daughters, Taylor, Avery and Scarlett. He enjoys going to the gym, swimming and driving fast cars, but his favorite pastimes by far are watching his girls play their sports and perform music. 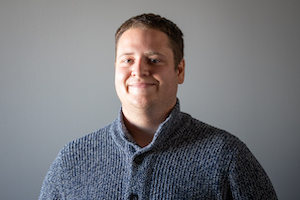 Peter has been serving as a steward at Southshore Bible Church for six years, and joined the council of elders as an aspiring elder in March 2020, before being affirmed as an elder in October of the same year.

Having also been affirmed as called to vocational ministry, Peter seeks to contribute to the local church through preaching, personal discipleship of believers, and leading youth and young adult ministries with his wife Grace.

He currently works as a faculty research lead and part-time Professor in the Electrical Engineering department at Georgian College.

Peter grew up in the local church, and came to a saving knowledge of Jesus Christ as a youth. Peter and Grace have been married since 2015, and enjoy canoe trip adventures together, time with family and friends, and afternoons reading with large cups of tea.